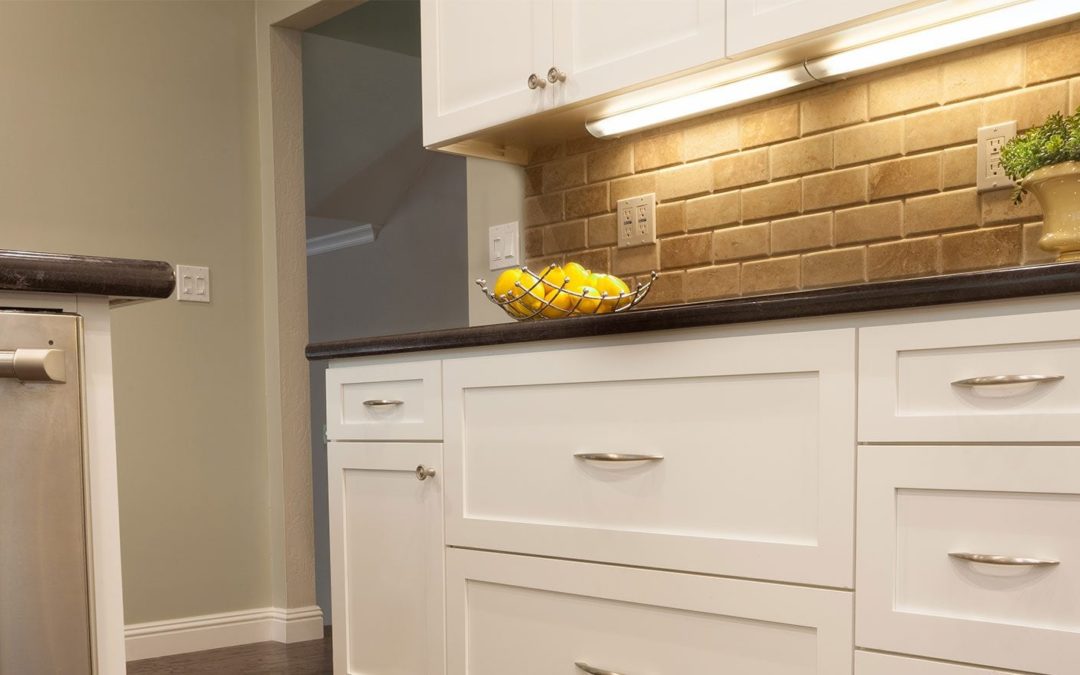 Sitting in the dark may help you cut your energy bill, but there’s another—more practical—way to reduce your utility expenses: LED lighting.

The light-emitting diode (LED) is one of today’s most energy-efficient and rapidly developing lighting technologies, according to the U.S. Department of Energy. In fact, LEDs are more efficient, durable, versatile and longer lasting than both incandescent and compact fluorescent lighting.

So what makes them different? LEDs are small light sources that become illuminated by the movement of electrons through a semiconductor material.

Standard incandescent bulbs create light by passing electricity through a metal filament until it becomes so hot that it glows. Incandescent bulbs release 90% of their energy as heat, which is an inefficient way to light. In a CFL, an electric current is driven through a tube containing gases. This reaction produces ultraviolet light that gets transformed into visible light by the fluorescent coating (called phosphor) on the inside of the tube. A CFL releases about 80% of its energy as heat. LEDs, in contrast, emit almost no heat and are usually cool to the touch. Energy Star-rated LED fixtures use 75% less energy and last 25 times longer than incandescent lighting.

That’s why, if you’re looking improve your lighting plan during a home remodel, LEDs are a great green choice. Their manufacturer produces far fewer pollutants than the production of 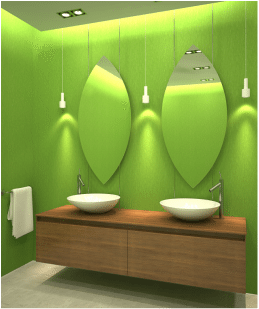 LEDs inside task lighting can work as a design element

incandescent and CFL bulbs. LEDs consume about one-tenth as much electricity per lumen of light and therefore create less carbon dioxide and virtually no heat. They also last five to 10 times longer than other types of lighting. All these benefits translate into big savings when switching from standard to LED lights.

LEDs are directional, kind of like a flashlight, which makes them ideal for recessed lighting and task lighting. In the bathroom to the right, they’ve been used in task lighting as well as general lighting in the ceiling.

In kitchens, like this one, under-cabinet LED lights eliminate the shadows that ceiling-mounted light fixtures can cast on your space. This kitchen uses them inside the glass cabinets to add a design feature while also lightening and brightening the area.

LED fixtures also come in waterproof and dimmable models of various brightness levels, so you can coordinate your lighting with the mood you’re after.