Phone: 925.261.7387
GRDB cares about your Health and Wellness, We have Virtual Design Sessions and CLICK HERE for Our Company Guidelines.

Lumens Up ﻿Your Life, Watt?

Brightness is a term used to describe light output, and the output is measured in lumens.  Wattage is the  measure of electrical power that is used to produce the brightness or lumens.

When you look at a light bulb package of a manufacturer, it gives you the wattage as well as the lumens of the bulb.  The U.S. Federal Government set light bulb standards in 2007 that have been phased in over several years to require manufacturers to increase the lumens/brightness of screw based light bulbs while decreasing the wattage/electrical power.

To save energy, a homeowner should look for bulbs with the highest lumens, and then choose the one with the lowest wattage. Homeowners can also look for ENERGY STAR certified bulbs that are the same as the standard bulb you are replacing. To be Energy Star certified, a product must go through rigorous testing with third-party EPA-recognized laboratories.
According to the Energy Independence and Security Act of 2007, we can compare light bulbs this way:

The color of the emitted light also affects how bright a light appears, even if the lumens are the same. Bulbs that produce light closer to the color of daylight may appear brighter because the color of the light is less yellow than other bulbs.

We're not around right now. But you can send us an email and we'll get back to you, asap.

GRDB will be actively engaging in social distancing and good hygiene for ongoing business operations per recommendations of the Federal, State, and Local officials. GRDB requires the same of all of its Trade partners and their agents and employees. To this end, all Trade partners, their employees and agents are required to take the following protective measures on a regular basis: 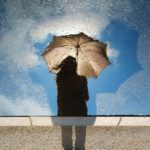 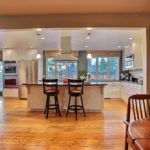