A Quick Guide to Understanding the Design Build Process

The concept of a design build method was first introduced as an “alternative” approach to project delivery. It seemed unusual at the time to have just one entity handle what was then seen as two drastically different aspects of construction; designing and building.

It didn’t take long for people to realize how revolutionary this method was. It was simple, efficient, and it allowed for a more unified and consistent project delivery system. Architects could work directly with contractors to bring their designs to life, and any possible roadblocks were immediately addressed by professionals from both sides of the assignment.

Today, this method is thriving. More and more homeowners are making the switch to contracting companies that follow the design build approach. It just seems the safer, smarter, and more cost-efficient choice.

To further illustrate why, let’s take a look at the major differences between the design build method and the traditional method.

In a traditional project delivery setting, the client works with two completely different—and completely separate—entities: the designers and the builders. Each entity manages exactly what their name suggests; the designer designs the structure, the builders build it.

This project delivery method can be effective, but it’s certainly not cost-efficient. It’s not very time-efficient either. And here’s why:

This isn’t usually the case though. Usually you’ll have the builders at your house on a Monday, telling you that the material the designers suggested are a little pricier than you expected. And when you call the designers for more suggestions, they can only get back to you on a Wednesday. 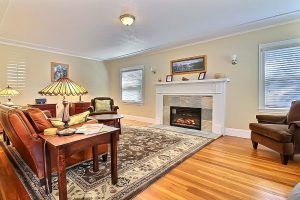 Unlike the traditional setting, design-build project delivery is where one entity handles both the design and build aspects of the assignment. That means that the designer and contractor work together as one cohesive unit throughout the entirety of the project, from the design phase to the construction phase.

This method is just as effective as (if not more so than) the traditional project delivery method. However, you’ll find that it is much more cost- and time-efficient than the latter. Here’s why:

It also allows the possibility of the designer and contractor communicating directly with each other regarding potential problems or roadblocks in the project.

Like the traditional project delivery, this quote is also subject to change due to revisions and order changes. However, since there’s just one entity handling the bill for both areas, it’ll be much easier for you to keep track of what changes were done and what charges were added (or subtracted) from the overall quote.

The beauty of the design build method lies in its cohesiveness. One entity for design and construction makes for a synchronized and coordinated dichotomy of decision-making and problem solving that is present for the whole construction project. And although more people are familiar with the traditional project delivery method, the design build approach is slowly but surely becoming the new standard.