If you’re an avid follower of home improvement blogs, websites, or Pinterest boards, you’ve probably seen the term “design build” pop up a few times. It’s a fairly recent trend that’s been steadily gaining speed and, no—it’s not a typo.

A general contractor mostly handles the construction aspect of a certain project. They are not in charge of designing or creating plans. Instead, they are hired to manage the project based on the customer’s request. This means that they have little to no control over what the final room, building, or construct will look like after the construction.

It’s worth noting that there are times when the construction can be delayed due to hesitancy on the general contractor’s part. This usually happens when the contractor wasn’t included in the initial project planning process. 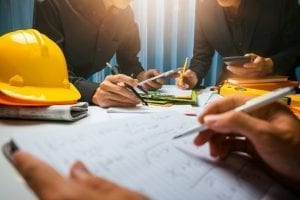 Design-build professionals usually have years of experience in both phases, which can consequently enable them to speed up the process. They can then provide an almost immediate solution to the customer, further reducing costs. The reason more and more homeowners and contractors have switched to the design build process is the more accurate timeline on top of the reduced risks.

Which Contractor is Right For You?

If you want to be 100% involved in the construction project, working with a general contractor may be the best option. You and your general contractor can work together on the smallest details of the project without causing any disruption in the process.

Hiring a general contractor may also be ideal if you have already worked with projects under your ownership previously.

Are you more concerned about the possible risks? Working alongside a general contractor does add risk to your construction because there are more chances of unexpected obstacles popping up—ones which could significantly affect your budget. When you hire a design build contractor, you are less likely to encounter scheduling problems and cost issues.

Common obstacles related to finishing a project on time won’t be a problem when you hire a design-build construction company. Because design build contractors work alongside a large staff, you can be sure that each part of the construction process is covered.

In the end, having all workers under the same team—as is the case with the design build approach—offers a lot of benefits. Communication is easy and problems are hashed out immediately, eliminating possible delays before they happen. In the case of general contractors, unforeseen issues are more likely to occur, and the timeline may suffer from multiple delays as the construction contractor and designer/architect need to work out the problems first.